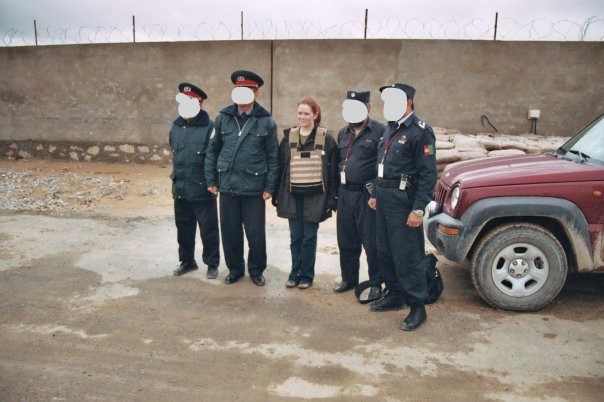 “I was a true believer. I genuinely thought what I was doing would help secure democracy in Afghanistan.”

I entered the State Department on September 10, 2001, with a vague sense of patriotism. After the September 11th attacks, I was assigned to help create the Afghanistan Police Program (APP) from my seat in the Bureau of International Narcotics & Law Enforcement Affairs (INL).

During this time, I was a true believer. I genuinely thought what I was doing would help secure democracy in Afghanistan. I traveled the country on INL’s air wing to regional training centers in Kandahar, Herat, and elsewhere. I told young Afghan police recruits that I was proud of them; that their brave service to their country mattered — that they would bring about change for which generations to follow would be grateful — and I meant it. Everything I did, every decision I made, was in service of those ideals, including eventually walking away from the program when the U.S. military took over and the mission changed to something I no longer believed in.

I knew when I left that the program was failing. I knew we were struggling to build the kind of capacity that the country would need to secure itself in the long-term. I knew support for the so-called ‘forever war’ was waning. But, I never imagined the kind of betrayal we are witnessing today.

The next choices that we make define us as a nation, and forever frame the extent to which we are trusted on a global stage. I hoped there would be time left to make a different choice, to blot this stain before it becomes permanent; to evacuate as many Afghans as possible, especially those at high risk — those who supported our military, diplomatic and aid personnel as well as women’s rights activists and journalists.

As I sat and listened to President Biden brief the country, my heart broke. I once thought that I might come back to work for the USG again, some day. Now, I know I won’t. I’m deeply disappointed in President Biden. There’s nothing honorable about holding firm to a bad decision simply for the sake of being perceived as decisive. There’s no credibility in blaming the atrocities unfolding before our eyes on the supposed lack of will of the Afghans to fight while simultaneously ignoring the failures of the USG to build their capacity to do so.

Angelic Young is responsible for designing and overseeing implementation of law enforcement professional development and education programs (domestic) at a large non-profit organization. Prior to her current role starting in October 2017, Angelic served six years as Director of National Action Plans at the Institute for Inclusive Security, where she worked closely with foreign governments to develop and implement plans for better integrating women and women’s perspectives into the security sector. Before that, she spent ten years leading law enforcement professionalization programs for the Bureau of International Narcotics and Law Enforcement Affairs at the US Department of State. Angelic served 13 years as an adjunct professor at George Mason University’s Schar School of Policy and Government, teaching International Police Operations. Angelic holds a B.A. in Politics from Willamette University and a Juris Doctor from Chicago-Kent College of Law, and is a Truman Project National Security Fellow.

Next
“This war, and the chaotic withdrawal, has created a mental health crisis.”
“I bore witness to the untold sacrifices of amazing men and women, and now I struggle with whether any of it mattered”