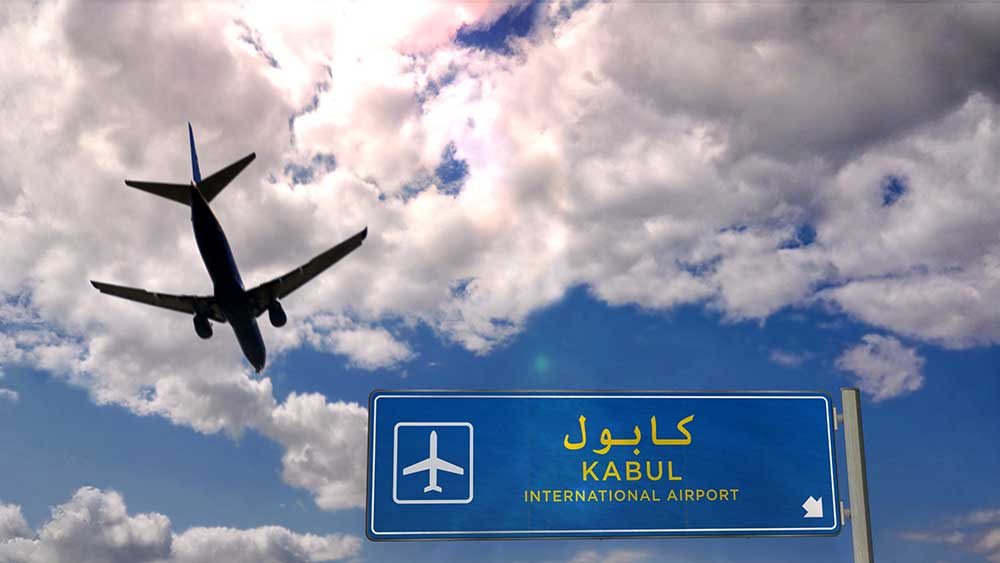 Just four months ago, two decades of continuous American operations in Afghanistan concluded with stunning swiftness. As the waning days of August receded into growing desperation and uncertainty, thousands of Afghan refugees departed to a world unknown. Days, weeks and even now, they are arriving in the United States to build new lives upon the memory of the homes and heritage they left behind.

Of course, this is not the first time a massive influx of refugees has arrived in the United States. In contemporary history, the size, speed, and reasons for non-combatant evacuation operations have varied widely. Civil wars in Liberia and Lebanon led to Operation Sharp Edge and Operation Fluid Drive, respectively. The eruption of Mount Pinatubo resulted in the evacuation of thousands from Clark Air Force Base and Naval Base Subic Bay.

The comparisons between Saigon in 1975 and Kabul this August were abundant. Unforgettable images and videos quickly emerged — Taliban trucks weaving through the city streets, U.S. Marines and Soldiers positioned  across perimeters of the Kabul International Airport, and throngs of people chasing a moving C-17. The images are powerful and heart-wrenching, but they will ultimately enter the history books and become intertwined with opinions, interpretations, and post-fact analyses. Slowly, but surely, the stories of these people and their experiences, fraught with the strongest emotions on the human spectrum, will fade from our attention.

But these stories matter. As fellow Americans and humans, we should have an awareness of the travails these Afghan men, women, and children faced as they absconded from their lives with nothing more than the clothes on their backs.

I imagined the chaos and clamor of loading these passengers onto a KC-10 while attempting to ready the jet with my crew at an unfamiliar field. But this was too different; I had never been involved in anything like this and couldn’t reconcile the space between my memory and what I, along with the rest of the world, was watching on television. So I called a friend who had just completed a series of refugee evacuation flights.

Callie is a boom operator. On a typical flight, she would handle the air refueling component of a mission. In the KC-10, boom operators also perform loadmaster functions — onboarding and arranging cargo along the aircraft pallets. Out of thousands of pages of technical regulations that specify how to perform this multi-role job, there are just one and a half paragraphs written about how to perform refugee evacuations. She would have to figure it out as the missions unfurled.

Her unit arrived in Qatar, where thousands waited for transport to the next staging location. “We got there in the middle of the night. There were so many jets everywhere, so we just pulled up to a taxiway and they all walked up to our spot. I’d never seen anything like it.” Through the cockpit window, Callie watched refugees gravitate towards the taxiing aircraft as military members created perimeters with their bodies to make room for parking.

Stairs were brought up to the jet and the task of getting the refugees aboard began in earnest. A soldier met Callie at the top of the stairs, “We’re gonna load them in groups of 10. You have to show them how to use the bathrooms.” On the flight over, Callie had built makeshift toilets out of plastic buckets, trash bags, and kitty litter. The cargo bay of the jet was re-configured to allow for maximum passenger capacity. Moments later, refugees began to eagerly climb the stairs. “They didn’t have shoes on. Some of them had tape strapped around their feet to hold cardboard to the sole of their feet.” The look of relief was visible, but the distress was also palpable.

Callie guided refugees onto the pallets and gestured with her hands to communicate. They sat with their legs straight out to preserve room and she placed a restraint strap usually used for heavy equipment across their laps. Under normal circumstances, the maximum number of passengers would never exceed 88. They took 235 Afghans, not including the children whose parents clutched them to their chests. As they lifted off and headed to Germany, Callie sat in an aft-facing seat and could see everyone’s faces. “As I looked back at them, the sheer relief was heartbreaking. It was good, but it was so sad at the same time. They were so happy with nothing.” Her crew’s engineer, a second-generation immigrant himself, began to quietly sob.

There are thousands of stories like these. Even for those who played supporting roles in the evacuation operation, the experiences were life-defining and without comparison. For those at the center — the refugees themselves — their lives are now divided into a before and an after. So many are here in America now. What their transitions will look like I cannot begin to know, but the refugee experience is so often entrenched in trauma, recovery, and slow incremental progress.

As the months pass, the years build, and Afghan refugees integrate into the fabric of our communities, I hope we continue to share stories like Callie’s and remember that the road to America — and becoming an American — is different for everyone. For many now, that road was not a road at all, but a cargo bay in a KC-10 filled with both fear and relief, desperation and dignity. And these stories are a reminder to us all of our bedrock American principle: being an American has nothing to do with where you're from or how you got here. Rather, it is a belief in liberty and the conviction to share that with those who seek it.

Notes from the author - Callie is a boom operator in the KC-10 community. A friend and colleague, she has performed that role as a member of my crew on many global operational missions. Callie took the photo upon her most recent deployment to Afghanistan.

Major Jennifer Walters is the Speechwriter to the Chairman of the Joint Chiefs of Staff. In her role, she crafts the Chairman's strategic message to the public, military, and international community. As a KC-10 Instructor Pilot, Jennifer led aircrew on refueling, humanitarian, and contingency operations across the globe and completed four combat deployments. Maj Walters holds a Bachelor of Science in history from the Air Force Academy and a Master of Philosophy and PhD in policy analysis from the Pardee RAND Graduate School. She has a longstanding interest in service member health, PTSD, and signature wounds of modern warfare.