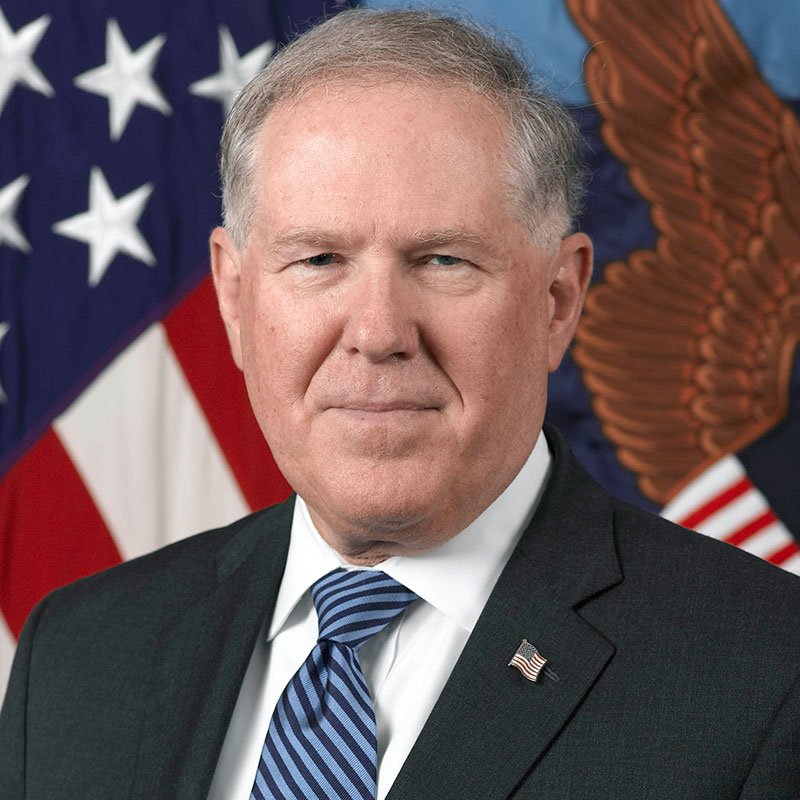 Frank Kendall is the 26th Secretary of the Air Force. He is a member of the board of directors of Leidos Corporation, a Senior Fellow at the Center for American Progress, and a member of the Council on Foreign Relations. From 2012 to 2017, Mr. Kendall served as the Under Secretary of Defense for Acquisition, Technology, and Logistics (AT&L). Mr. Kendall has more than 45 years of experience in engineering, management, defense acquisition, and national security affairs in private industry, government, and the military. Earlier in his career, Mr. Kendall was the Vice President of Engineering for Raytheon Company, and the Deputy Director of Defense Research and Engineering for Tactical Warfare Programs. In addition, Mr. Kendall is an attorney and has been active in the field of human rights, working primarily on a pro bono basis. In 2016, Mr. Kendall was named "Aviation Week and Space Technology" Person of the Year (together with Secretary Ash Carter and Deputy Secretary Robert Work). He is the author of "Getting Defense Acquisition Right" (Defense Acquisition University Press 2017). Mr. Kendall holds degrees from West Point, the California Institute of Technology, the C W Post Center of Long Island University, and Georgetown University Law Center.