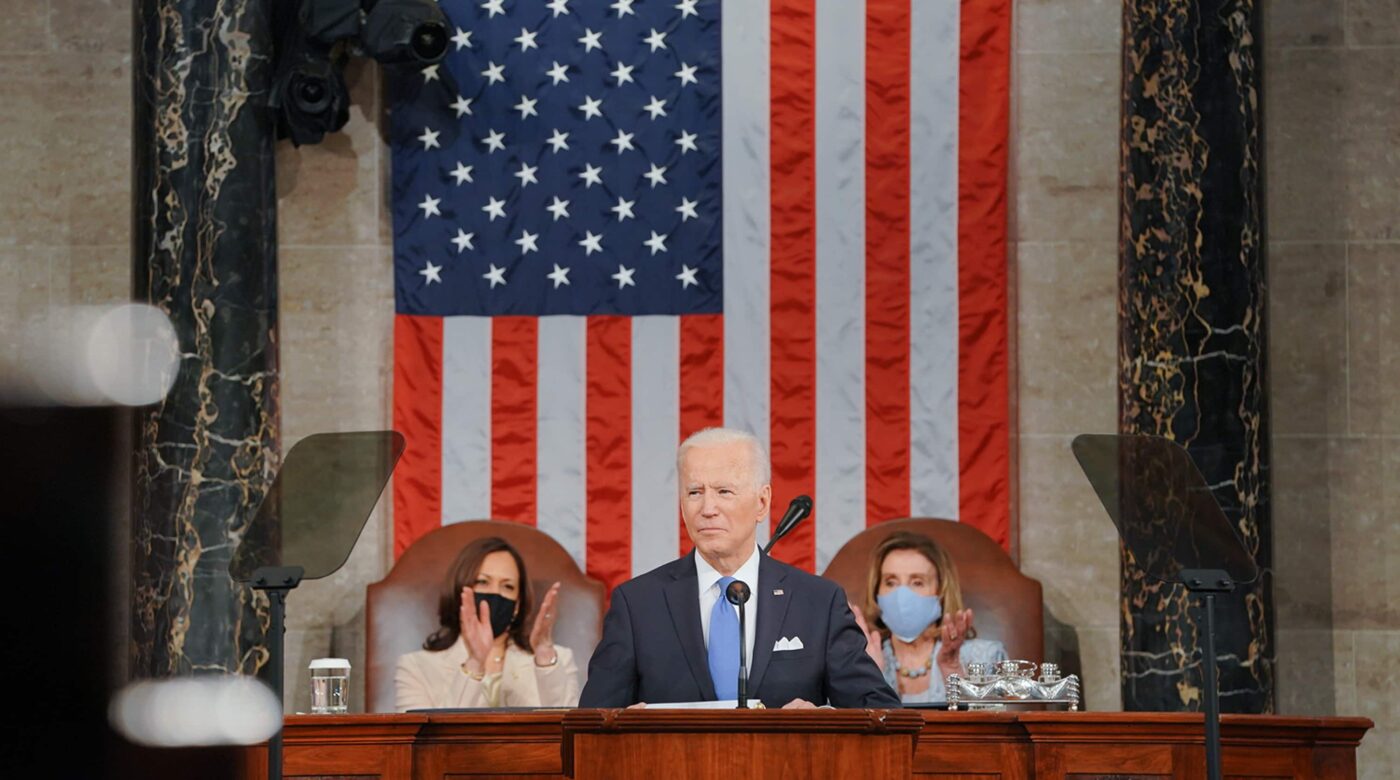 “Biden means business when talking about climate change. Finally, we have a president who is committed to bold action in combating the climate crisis. Not relying on China to build wind turbines, advanced batteries, and electric cars strengthen our security and highlight the central theme of his agenda - jobs, jobs, jobs.

The cost of solar and wind power have dropped 85 and 49 percent in the last decade. Global investment in new fossil fuel power of $100 dollars is being dwarfed by the $282 billion in renewable capacity. If America does not tie fighting the climate crisis with boosting our economy and creating jobs, we will fall behind the rest of the world. On the flip side, investment in the American Jobs Plan will create jobs and allow the U.S. to lead the world in clean energy and climate solutions.

As someone who has served in Iraq, Afghanistan, and around the world, I’ve seen the dangers of climate change as it relates to water security, migration, and infectious diseases that do not respect political boundaries. It was important to see how President Biden highlighted climate change as an issue the world can unite around. Despite recognizing China and Russia for their autocratic actions, combating the climate crisis is an issue that can unite the world.”

"Unlike in a traditional address, where foreign policy comes in a section separate from domestic priorities and achievements, last night the President framed much of his speech around a central foreign policy priority: winning the modern-day competition between democracy and autocracy. He used this framing of global competition, especially with China, to tout domestic policy proposals, including his landmark American Jobs Plan and American Rescue Plan as means of democratic renewal of the United States’ example on the world stage. “Autocrats think democracy can’t compete in the 21st century,” the President said. “We must prove them wrong.” He cited needed investments in scientific research and development, which have dropped to less than 1% of GDP in recent years, such as in biotechnology, clean energy, and artificial intelligence. “There’s no reason that the blades for wind turbines can’t be built in Pittsburgh instead of Beijing.” He touted the importance of defending against China’s unfair subsidies and theft of American intellectual property in order to create a fair playing field for American workers – a foreign policy for the middle class. The overall organization reflects a reality that in an age of renewed global contest, foreign policy and domestic investment, particularly in technology, are intertwined."

“The opening salvo of President Biden’s Joint Address last night put American jobs and the U.S. economy at center stage. Beyond touting the 1.3 million jobs created in the Administration’s first 100 days, he elevated the importance of domestic economic competitiveness against the burgeoning growth of autocracies, with a hefty nod to China as our primary competitor on several fronts and welcoming 'fair play'. The President underlined that managing diplomacy would not be at the expense of exporting local wealth creation, stressing: “‘Buy American’ does not violate any trade agreement.” Further, in laying out the American Jobs Plan, he defined the need for all types of infrastructure resiliency across the country, not just the visible and obvious, by highlighting the millions of corroding lead pipelines contaminating drinking water in all 50 states and the 35% of rural communities which lack modern digital connectivity. Centering this effort, the largest such federal investment since WWII, on the significant impact for job creation and viable industry domestically, is tactfully strategic to affirming America’s national security.”

"Immigration is a daily part of most Americans' lives, whether they recognize it's impact or not. And yet, in a speech that could have tied immigration policy to so many other themes, including climate change, the fight for democracy, economic growth, and the fight for racial justice, the President stuck to the same talking points he has been using since November. The goals remain overall laudable, but 100 days in it is time for decisive action and bold initiatives. We need a reframing of the conversation on immigration - one that moves away from the border-security-first approaches that have sent the immigration system into crisis over the last three decades and that instead acknowledges the critical role immigrants play in our country's economic, civic, and cultural richness. Last night's address was a missed opportunity to move us out of the stalemate and towards real, long-lasting, and impactful immigration reform."

“Tonight, President Biden stood at the Capitol – the site of a white supremacist insurrection just a few months ago – and affirmed what we’ve long known: white supremacy is terrorism and it is ‘the most lethal terrorist threat to the homeland today.’

Experts have been ringing the alarm bells for years. Nearly four years ago, we watched in horror as white supremacists stormed an American city, spreading violence and hate. We know now that Charlottesville was not an isolated incident. Rather, it was a harbinger of the cycle of violence that’s followed, in which each attack inspires the next – leading to record levels of hate crimes and domestic terror, with extremists facing little accountability as the former President threw fuel on the fire.

This is a crisis. It’s heartening that we now have a President who recognizes it as such. Now, it’s time to get to work.”

"Last night’s speech emphasized rebuilding the economy and strengthening America’s democratic principles. While President Biden mentioned climate several times and highlighted his re-engagement with the Paris Agreement and the global nature of the climate fight, he did not make climate a stand-alone issue. Rather, he wove climate throughout his speech, emphasizing its connections to the larger issues of the economy and the need for greater democratic engagement.

What we didn’t hear in the speech were a lot of specifics on his climate foreign policy. Sen. Tim Scott pointed to this in his response. But that’s not because the White House doesn’t have a plan. We already heard a lot from the White House about its international climate engagement strategy last week as part of the Virtual Leaders Summit on Climate, including information on U.S. greenhouse pollution reduction targets."

“The American Jobs Plan provides 21st century solutions for our 21st challenges. One of our most pressing needs is to invest in the health care infrastructure that’s crumbling- the people and policies that support care to the home. It’s the critical connective tissue that our system depends on.”

“President Joe Biden not only talks about hope, but has demonstrated it. He has more than doubled his goal for vaccinations to 220 million in less than 100 days, has re-entered the Paris Climate Agreement, as well as gathered 40 world leaders last week to focus on the future of our planet. Clean energy and jobs are at the top of the agenda. President Biden has signaled that clean energy will provide new jobs for American workers, especially the middle class. The American Jobs Plan, the largest job plan since World War II, will help to modernize new roads and provide clean water to 10 million homes and 400,000 schools who have lead in their water. Biden says that this plan will replace 100% of lead pipes by creating jobs and ensuring Americans have access to clean water. What was fascinating to me about his speech was the intersectionality aspect to it. He called for healing of our country regarding racial injustice and said that America is the most unique idea and we are created equal. While talking about jobs, he also brought up access to education and different pathways to access these jobs. According to President Biden, nearly 90% of the jobs do not require a college degree and 75% don’t require an associate’s degree, calling it the Blue Collar Blueprint to Build America. President Biden understands the importance of building a strong middle class. In the beginning of his speech, after he greeted both Vice President Kamala Harris and Speaker Nancy Pelosi, he said, “no President has even said those words and it’s about time,” and later acknowledged that 2 million women have dropped out of the workforce during the pandemic while also talking about equal pay for women. President Biden not only understands what we have gone through as a nation, he has shown he’s ready to move America forward.” 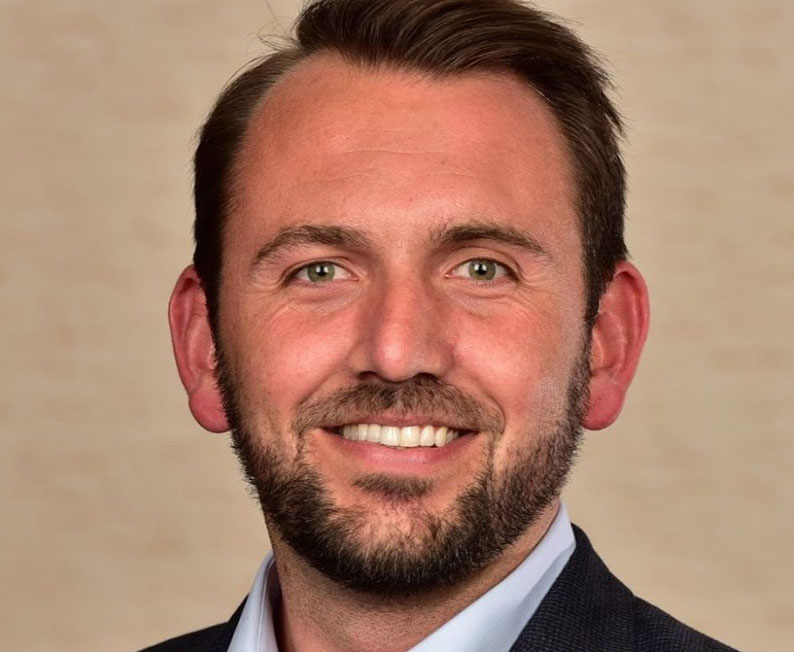 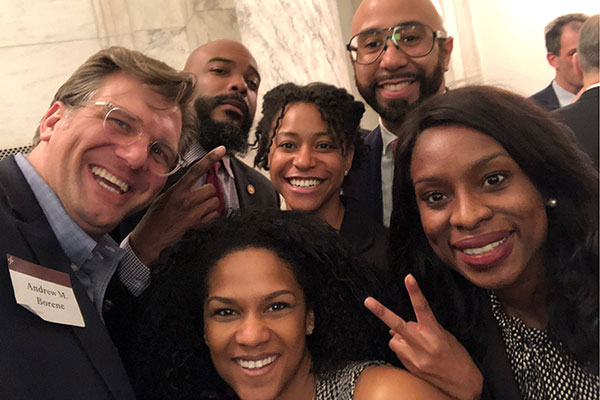