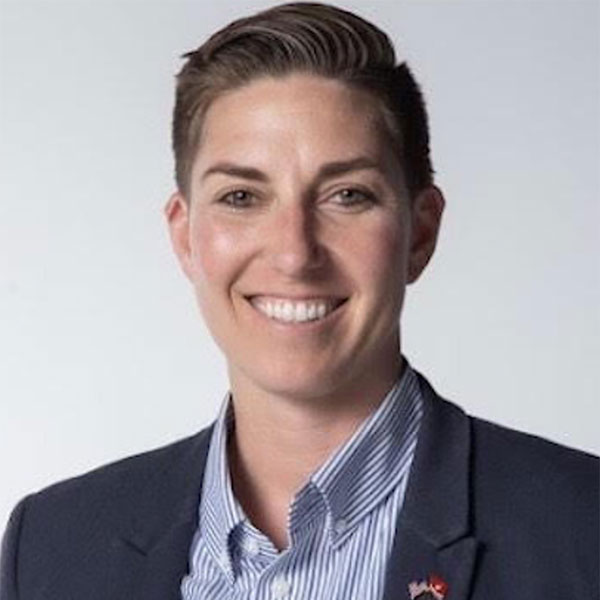 Janessa Goldbeck, Truman ‘09, (she/her) serves as a voting member of the Board of Directors at the Truman National Security Project. She is currently the CEO of Vet Voice Foundation. Janessa joined Truman after years spent working to alleviate humanitarian emergencies around the world. Inspired by progressive military and foreign policy minds she encountered in the community, she bicycled across the United States as the spokesperson for Truman’s Make US Strong campaign, highlighting the importance of foreign aid to our national security. Following the repeal of Don’t Ask, Don’t Tell, she sought and received a commission in the Marine Corps. When she reported for basic officer training and learned that certain jobs in the military were still closed to women, she volunteered to attend the Infantry Officers Course herself. She also teamed up with #TruWomen to form No Exceptions, a campaign to end the Combat Exclusion Policy. Substantial credit for the elimination of that rule may fairly be laid at their feet. At Janessa’s first Marine Corps duty station in her hometown of San Diego, she co-founded the local Truman chapter. That San Diego chapter now has roots and representatives throughout city, state, and federal government, and is nationally recognized as a municipal leader in contributing to national security conversations. Janessa’s letters of nomination came from two proud members of the San Diego chapter, who hold posts in California government. They described her as a “strategic genius” who unfailingly “shows up for other people,” putting in calltime for others’ campaigns, and calling into planning meetings no matter where she is around the world.